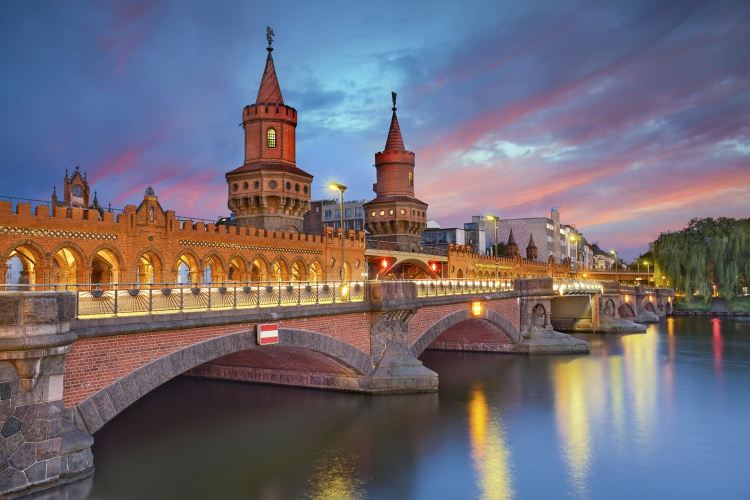 Amsterdam is always a party city and New Year is no exception. There is a build-up to the big night with a Light Festival which sees artists create installations along the city's famous canals and bridges, from late November onwards. Fireworks on the big night have traditionally taken place along the River Amstel but have been at Kop van Java-eiland for the last few years. Dutch enjoy their street and bar food at all times of the year, and eating the traditional deep-fried dough balls, or oliebollen, at midnight is said to keep bad spirits away for the next year.

There are plenty of things to do on New Year's Day in Amsterdam too, from hiring a bike and hitting one of many cycling trails, or Fietsroute. For example, Amsterdam Forest, or Amsterdamse Bos is three times bigger than New York City's Central Park and is only a 20m cycle from the city centre. There is also a New Year's Day swim at nearby Zandvoort around midday, just 45m by train from Amsterdam, where there are over 30 beach cafes to warm up at afterwards.

Valid for fully vaccinated travellers from South Africa.
Prices are based on a from price, per person sharing, subject to availability and currency fluctuation for international holidays. The exact amount will be confirmed at the time of booking. High season surcharges, block out periods and minimum stay conditions may apply. Group rates available on request. For Standard Terms and Conditions please refer to https://www.unashamedtravel.co.za. E&OE

Interested in this package? Fill out the form and we'll get you a quote in no time →

Sip on a glass of bubbly while admiring the beautiful view of the Magaliesburg Mountain Range and part of the JGB Skyline from a mountain top.

Fly to Black Horse Brewery for lunch and an interactive session with either the distiller or Brew master and enjoy a gin and beer tasting afterwards.

Giving the impression of a vast open-plan tree house, this lodge is built on a plateau overlooking the Zambezi National Park, just 4km from the majestic Victoria Falls and offers a unique wildlife ...